Wahoo Decks, an offshoot company to Wahoo Docks since 2008, is the leading manufacturer in aluminum decks specializing in aluminum deck drainage systems, decking boards, and railings along with prefabricated multifamily deck and balcony solutions.

The company is factory-direct with no reliance on distributors or dealers; instead, the web is the main source of sales for Wahoo Decks. Wahoo Decks manufacturers decks for residential, family homes, commercial, businesses, and multifamily apartments. The company ships residentially and commercially within the 50 states, as well as Great Britain, France, and Australia.

To generate sales for commercial properties, the company attends trade shows and participates in an exchange called “Speed Dating.” During “Speed Dating”, Wahoo Decks representatives will approach various architects at the trade shows and give their best elevator pitch. This method has proven to be quite effective over the years with generated sales.

Aluminum decking takes up about 1% of the decking market, which gives Wahoo Decks a unique flair. Aluminum, a recycled metal, is a sustainable product that helps shrink the environmental impact compared to treated lumber.

Since 2008, Wahoo Docks has seen substantial growth increasing from two full-time office staff to a team of six with a dedicated CAD designer. With the Wahoo Decks/Docks move to Lumpkin County in 2017 came more position openings and an increase in efficiency due to larger space and production. This past year, Wahoo Decks created multiple large business projects leading to a growth in revenue.

The company shares a motto with Wahoo Docks, Engineered for Excellence, but they do not approach it the same way. Wahoo Decks is striving to evolve this motto to fit their company’s ambition and approach to produce their unique aluminum decking systems for the market. With this brand building, Wahoo Decks attributes their growth also to relationship building and their commitment to provide reliable quality in all of their products.

Wahoo Decks works with Wahoo Docks in production and  currently has 130 employees. This teamwork in production ensures skill diversity and flexibility within their warehouse to get all projects done. For more information, https://www.wahoodecks.com/ 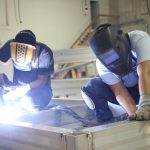 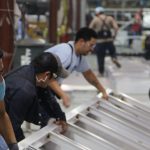 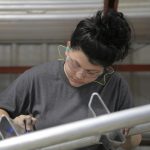 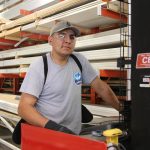